FIRST “MANIFEST PRO-LIBERTATE” FOR THE FREEDOM OF POLITICAL PRISONERS AND THE LEADERS OF THE SOCIAL INSTITUTIONS SUBSCRIPT CONJUNCTIONALLY BY COLLECTIVES OF ALL THE SPANISH, CATALAN, AND BASQUE COUNTRY

For the first time there is a joint action by different groups, which come together from Andalusia, Madrid, Basque Country, Balearic Islands to present a manifesto requesting the immediate freedom of the members of the Government of the Generalitat of Catalonia, the President of Parliament and the two members of imprisoned civil entities.

The group of jurists understands that, while they are the basis of political order and social peace, the limits to fundamental rights must be interpreted with restrictive criteria. In this common area are the signatories of the manifesto presented and demanding the immediate freedom of political prisoners and civil entities, imprisoned for more than a year now.

The initiative, the result of the commitment of a group of jurists who believe that democratic networks are denser than partisan postulates, has support from all of Spain, becoming the first action of this nature. 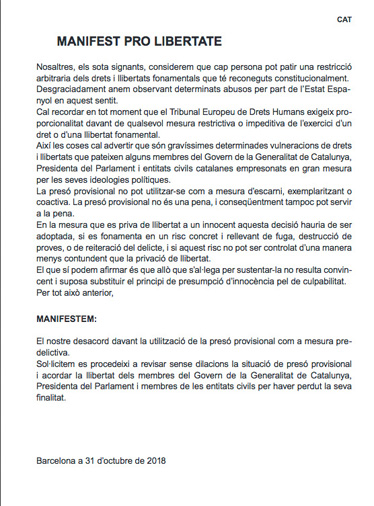 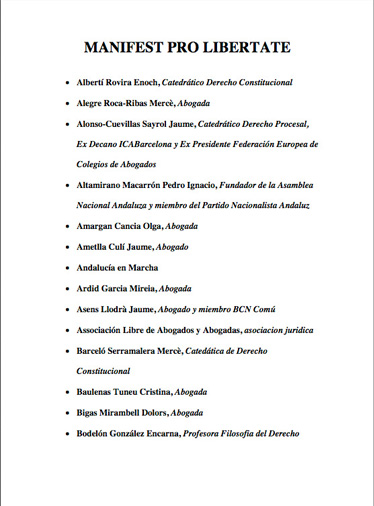